Men of his own tongue

On 25 April 1283 the defenders of Castell y Bere in the heart of North Wales surrendered to the armies of Edward I. In exchange for handing over the castle, they received about two-thirds of a promised bribe of £80 in silver: the shortfall might have rankled, but they were probably just relieved to get away with life and limb.

The fall of Bere was an important step in the Edwardian conquest of Wales. Seen from other perspectives, it was one of the final acts in a very long-running drama. Among the royal commanders were Rhys ap Maredudd, lord of Ystrad Tywi in south Wales, and several of the sons of Gruffudd ap Gwenwynwyn, lord of southern Powys. These men chose to fight for the King of England against the Prince of Wales because the latter, Llywelyn ap Gruffudd, was their hereditary enemy.

The conflict between the lords of southern Powys (Powys Gwenwynwyn) and Prince Llywelyn's family went back over two hundred years. Their ancestor, Bleddyn ap Cynfyn, had once ruled Gwynedd and Powys in the mid-eleventh century, including the site of Castell y Bere inside Meirionydd. Bleddyn lost Gwynedd to the ancestors of Llywelyn, and a feud had rumbled on ever since. At times the lords of Powys joined with their ancestral foes against the English, but they were uneasy allies. Gruffudd had been Llywelyn's ally for a time, only to conspire with his brother Dafydd to murder the prince in his bed. 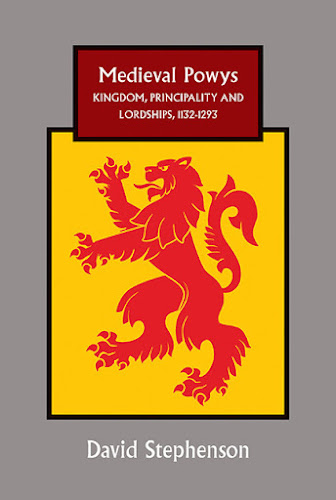 That plot had failed, but in December 1282 Llywelyn fell victim to another. The Chronicle of Peterborough Abbey claims that Gruffudd and his sons were present at the death, and it is difficult to believe they were not complicit in luring Llywelyn to his doom. After his death, the crown of Wales passed to his treacherous brother Dafydd, who continued to resist Edward's invasion. This meant that the former conspirators, Gruffudd and Dafydd, were now on opposite sides.

It seems Edward was well aware of the feuds between rival dynasties in Wales, and the value of symbolism. When Bere fell, the castle was handed over to one of Gruffudd's sons – ironically named Llywelyn – and a force of Powysian soldiers. The lions of Gwynedd were torn down from the battlements and replaced with the red lion rampant of Powys Gwenwynwyn:

The symbolic significance, and the irony, of his custody of the castle built by his grandfather's great enemy, Llywelyn ab Iorwerth, in the heart of the land that had long ago been held by members of his dynasty, cannot have been lost on Llywelyn or his father. The revenge of the house of Bleddyn ap Cynfyn was complete. (David Stephenson)

In the spring and summer months of 1283 the war devolved into a man-hunt. After the loss of his castles, Dafydd and his remaining followers scattered and went on the run. The payroll for this campaign shows the men of Powys were heavily involved in hunting down the fugitive prince. For instance:

Item, payment to William de Felton and David ap Griffin ap Wenonwin, with 2 covered horses, for themselves and 140 foot-soldiers returning with them to Cymer from the parts of Powys, seeking David ap Griffin, for Saturday 22 May, for 1 day, 26s 6d.

Item, to the same William and David ap Griff’ ap Wenonwin, with 2 covered horses, for themselves and 200 foot-soldiers going towards the parts of Powys, for Tuesday 18 May, the Wednesday, Thursday and Friday following, for 4 days, each day counted, £7 8s, to pursue David ap Griffin.

These payments indicate Dafydd was thought to be hiding somewhere in Powys, perhaps on the lands of one of his late brother's followers, Llywelyn Fychan of Bromfield. He was eventually caught on 22 June on the Bera mountain in Gwynedd, by 'men of his own tongue'; possibly men of Gwynedd, or perhaps of Powys and Ystrad Tywi.

In the final days of the war, on 28 June, Gruffudd and his Marcher ally Edmund Mortimer were ordered to clear all the passes under their control of trees. This was because one of Dafydd's sons, Llywelyn, was lurking with 'certain thieves' inside the woods; the last dregs of resistance. Gruffudd and Edmund's men soon flushed them out and delivered Llywelyn into royal custody. His fate was to spend the rest of his days as a prisoner at Bristol Castle with his younger brother, Owain.

A few years later Gruffudd died in his bed at Welshpool, aged about 65. He had been entirely successful:

It was thus, with the territorial extent of his lordship largely restored and in one region extended significantly beyond the territories that he had entered in 1242, with his principal rivals eliminated and his erstwhile persecutor, Prince Llywelyn, dead and his house all but destroyed, that Gruffudd ap Gwenwynwyn died in 1286. (David Stephenson)