In 1266, while civil war was still raging in England, a much more obscure conflict blew up on the southern borders of Gascony. This region had long been a bone of contention: the duchy of Gascony was held by the Plantagenet king-dukes of England, but the kingdoms south of the Pyrenees had their own designs on it. In 1244 Theobald ‘the Troubadour’ of Navarre had attempted to invade Gascony, but was sent packing by the English seneschal, Nicholas de Molis. 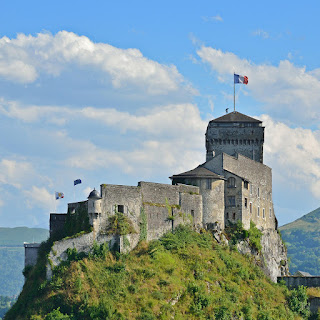 Almost twenty years later, Theobald’s successor Theobald II decided to have another go. He was handed the opportunity by Henry III’s distractions in England and Wales, though Theobald arguably left it a bit late. The ideal time to invade Gascony was in 1264-5, when Henry was Simon de Montfort’s captive. After the battle of Evesham in August 1265 Henry was a free man again, though he still had plenty of work to do in England. 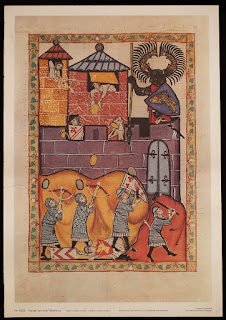 Over the winter months of 1265, Theobald worked on luring the nobles of southern Gascony away from Henry’s allegiance. Many of these nobles had blood ties to the royal families of Navarre and Castile, and their loyalty to the English regime was always suspect. In December 1265 Theobald gained the homage and fealty of the Count of Comminges and the Count of Astarac. He also intrigued with the ever-troublesome Gaston VII Moncada, Viscount of Béarn. In return for supporting his claim to the county of Bigorre, Theobald persuaded Gaston to betroth his daughter Constance to the king’s brother, Henry the Fat. Henry’s nickname suggests he wasn’t exactly love’s young dream, but then Constance didn’t have much say in the matter.

In the summer of 1266, even as Henry laid siege to Kenilworth in England, the Navarrese launched their invasion. Theobald’s army laid siege to the castle of Lourdes (pictured), strategically placed to guard the seven valleys of the Lavedan in the Pyrenees. Meanwhile his partisans clashed with Henry’s supporters in the sea-port of Bayonne. The lord Arnaud-Guillaume, another Gascon noble with Navarrese connections, opened the gates of his castle of Grammont to the enemy. 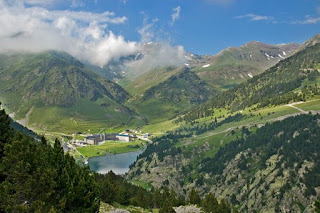 The situation was rescued by the king of France, Louis IX, whose intervention forced the warring parties to agree to a truce on 19 December. Jean de Grailly, a Savoyard knight in the Lord Edward’s household, also played an important role. Jean had been permitted to settle in Gascony in 1262, and in February 1267 he negotiated a new marriage contract between Constance and Henry of Almaine, the English king’s nephew. This effectively severed Gaston de Béarn’s alliance with Navarre, and sent King Theobald home to think again.