In April 1296 Edmund of Lancaster and Henry de Lacy began their campaign to reconquer Gascony from the French. They landed at Blaye in the northern part of the duchy, with the intention of capturing those forts which had either fallen or been handed over to the enemy. The twin ducal strongholds of Bourg and Blaye commanded access to the Gironde, a waterway that led into the heart of Gascony. So long as the English held these places, they had a springboard to launch attacks on French-held settlements along the line of the river. 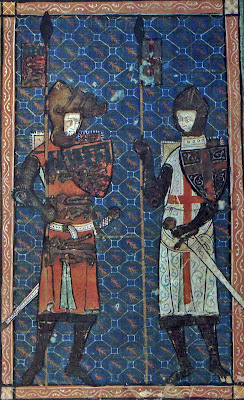 When Lancaster and Lacy arrived, there was a general flocking to the standard. All the free Gascons who had not submitted to the French rallied to them, as did the remains of the first English expeditionary force under John de St John and John of Brittany. There was now only one Anglo-Gascon field army in the duchy. The English commanders chose to have a crack at recapturing Bordeaux, the chief city of Gascony and centre of the wine trade. With over 30,000 inhabitants, Bordeaux was about the same size as London. If it could be swiftly retaken, the French occupation of the duchy would soon unravel. 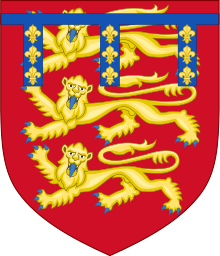 On Wednesday in Easter Week, the English army landed near Bègles, a suburb of Bordeaux and adjacent to it on the south. The French garrison sallied out to meet them, along with some Bordeaux militia. All the pro-English elements inside the city had been carefully weeded out and sent off to prison at Toulouse and Carcassone, where many died in filthy conditions. 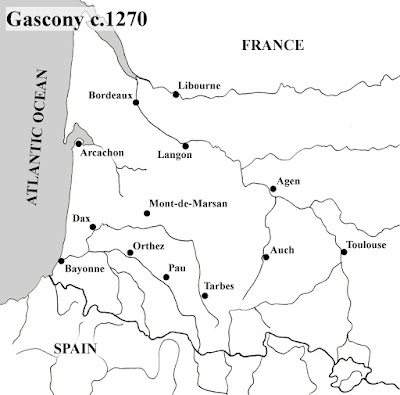 The battle that followed is almost totally forgotten; possibly nobody has yet made a terrible film about it. The French and their allies charged the English men-at-arms, who staged a feigned retreat. When the enemy had pursued them a considerable distance from the city, the English turned about and slaughtered their pursuers, who fled back to the city gates. Some two thousand French were killed. A handful of English knights chased the fugitives into Bordeaux, only to find the gates slammed behind them. Rather than surrender, they stood back-to-back and died to a man.

Edmund, who was now terminally ill, had won a Pyrhhic victory. He set fire to the suburbs of Bordeaux, but lacked siege equipment to force a surrender. It seems the English hoped the citizens would rise up and drive out the French, but were unaware that their sympathizers inside the city had been evacuated. When it became clear the English could not take Bordeaux by storm, they raised the siege and marched away.