The Cross and the Dragon 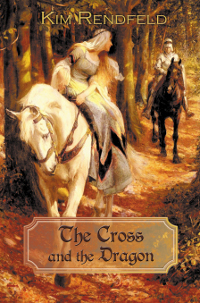 Today I have a guest post by Kim Rendfeld to talk about her wonderful historical novel, "The Cross and the Dragon", published by Fireship Press. Over to you, Kim...

A Touch of Medieval Magic

One fascinating element of the Middle Ages is how vestiges of paganism coexisted with Christianity. The eighth-century Franks of my debut novel, The Cross and the Dragon, would have a simpler description: magic.

Magic was real to most medieval folk of all classes, including royalty. Through magic and religion, they explained their world and exercised some power over the events in their lives.

My heroine, Alda, wears an iron dragon amulet with a stone from Drachenfels alongside her cross. She believes the long-ago hero Siegfried actually did slay the dragon on a mountain across the river from her Rhineland home. In legend, Siegfried bathed in the dragon’s blood and became invulnerable, except for where a leaf fell on his shoulder.

For my novel, I invented the part about the monster’s blood seeping into the rocks and imbuing them with magical protection, but it is not that far from what medieval people believed.

Magic resided in stones, groves, enclosures, and springs. In a difficult childbirth, a midwife might whisper a spell in the mother’s ear to ease the process. A sick child would be taken to a rooftop while medicinal herbs were cooked and incantations were said. Even priests would turn to divination, spell casting, or interpreted dreams. Manuscripts copied by monks contained magical squares to predict the course of an illness by combining the letters of the patient’s name with the number of the day on which he fell ill.

The Church frowned on sorcery, often blamed for murder and disasters such as a storm destroying a harvest. The penalty for witchcraft could have come straight out of a folktale collected by the Brothers Grimm: being sealed in a cask and thrown into the river. Yet as you can see, the use of protective and healing magic was so widespread, the Church looked away most of the time.

So, while The Cross and the Dragon does not have overt spell-casting as you would find in the Lord of the Rings or Harry Potter series, magic has a presence. The characters believe in it and in otherworldly creatures and act accordingly. I simply couldn’t exclude magic from my story. 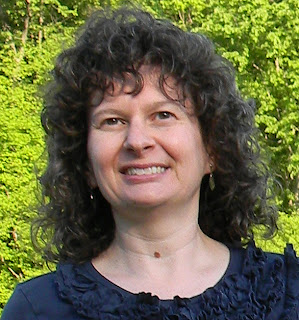 Kim Rendfeld is the author of The Cross and the Dragon, a tale of love amid the wars and blood feuds of Charlemagne’s reign. For more about Kim and her fiction, visit www.kimrendfeld.com.